Not that long ago, I reviewed the little cousin of the Pro Gear Special Edition (SE) Earth, the Sailor Pro Gear Sapporo (the Slim version; 2018-03-05), and in the few short weeks since then, it’s become one of my firm favorites, despite a couple of criticisms. The first caveat, was that I wasn’t keen on the flattened ends of the pen, and how they contributed to its diminutive size. The second, was its size. Well, I got to like the Sailor badge… 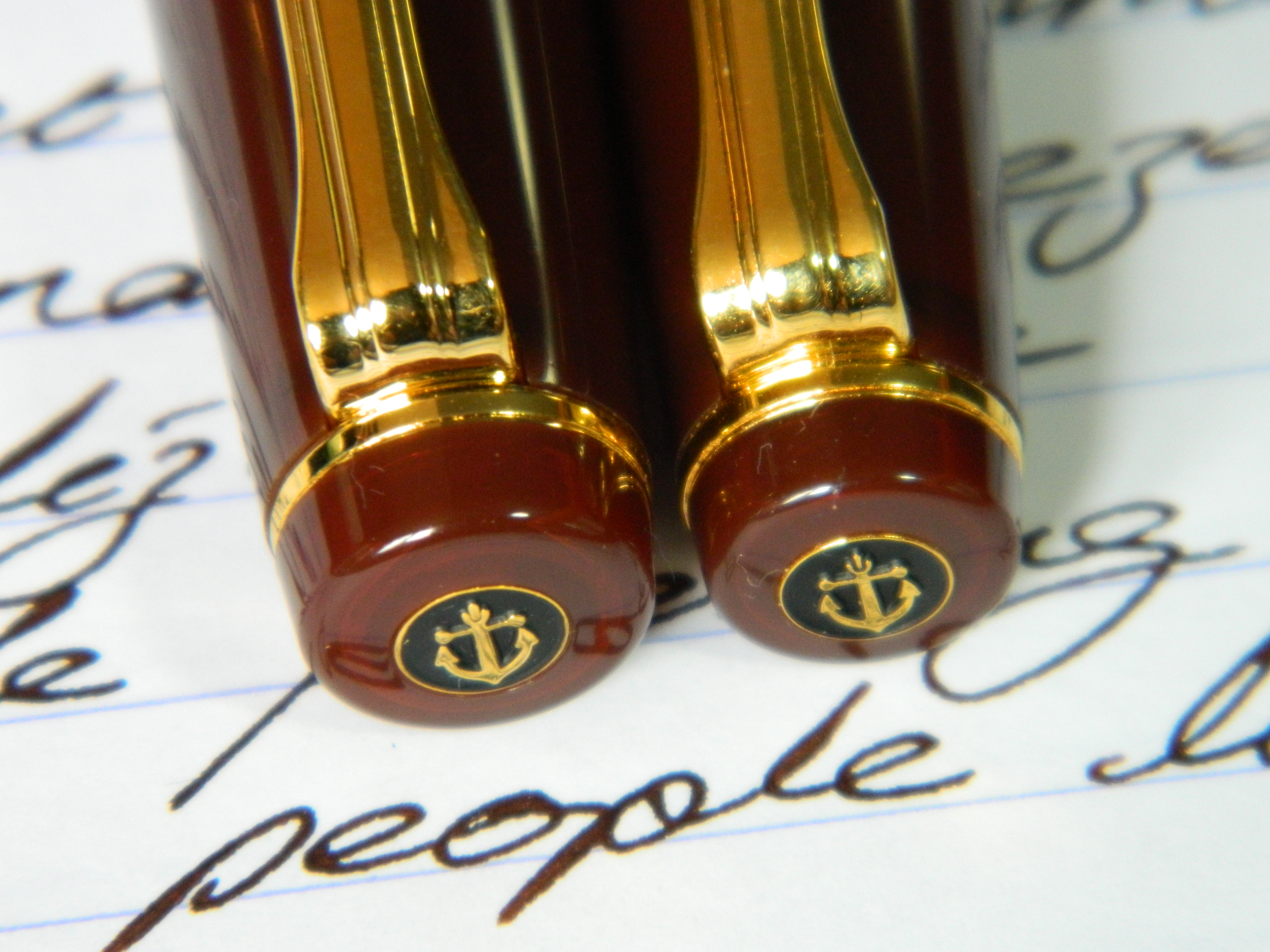 … and the Pro Gear SE Earth (the Classic, not the Slim this time), is bigger all over, and is simply, an all-round magnificent pen. If it were a bald gunslinger, it would lead a band of seven heroes to the rescue of a small Mexican village. But I didn’t know that at the time. What I needed to do, was to get my hands on one and try it out.

Like I said in my review of the Sapporo, there were very few, if any stocks of this pen available to Canadian retailers, and the Toronto stationery shops had none. So, what I needed was a special order. I had to reach out to someone helpful; someone with a good, flexible online retail presence—that could deal with placing a non-stock item on special order; someone that had a proven track-record of excellent delivery schedules (if you hadn’t noticed, I’m a little impatient); and were preferably based in Ontario. That’s a short-list of one…

At least, those are their details for the moment. The Wonder-People are in the midst of closing down the Carlaw Avenue store, and moving everything into two new sites in Toronto, whose locations are still firmly under wraps. I wish Jon and Liz the very, very best of luck, and the same to both the children and the extended family of two- and four-legged loved ones.

As usual, Jon and Liz came through, and a week after my initial inquiry, the pen was sitting on my desk. How’s that for service on ordering and delivery of a non-stock item, in the midst of—shall we call them—other operational concerns?

Anyway, the Stationery Fairy got me the pen… 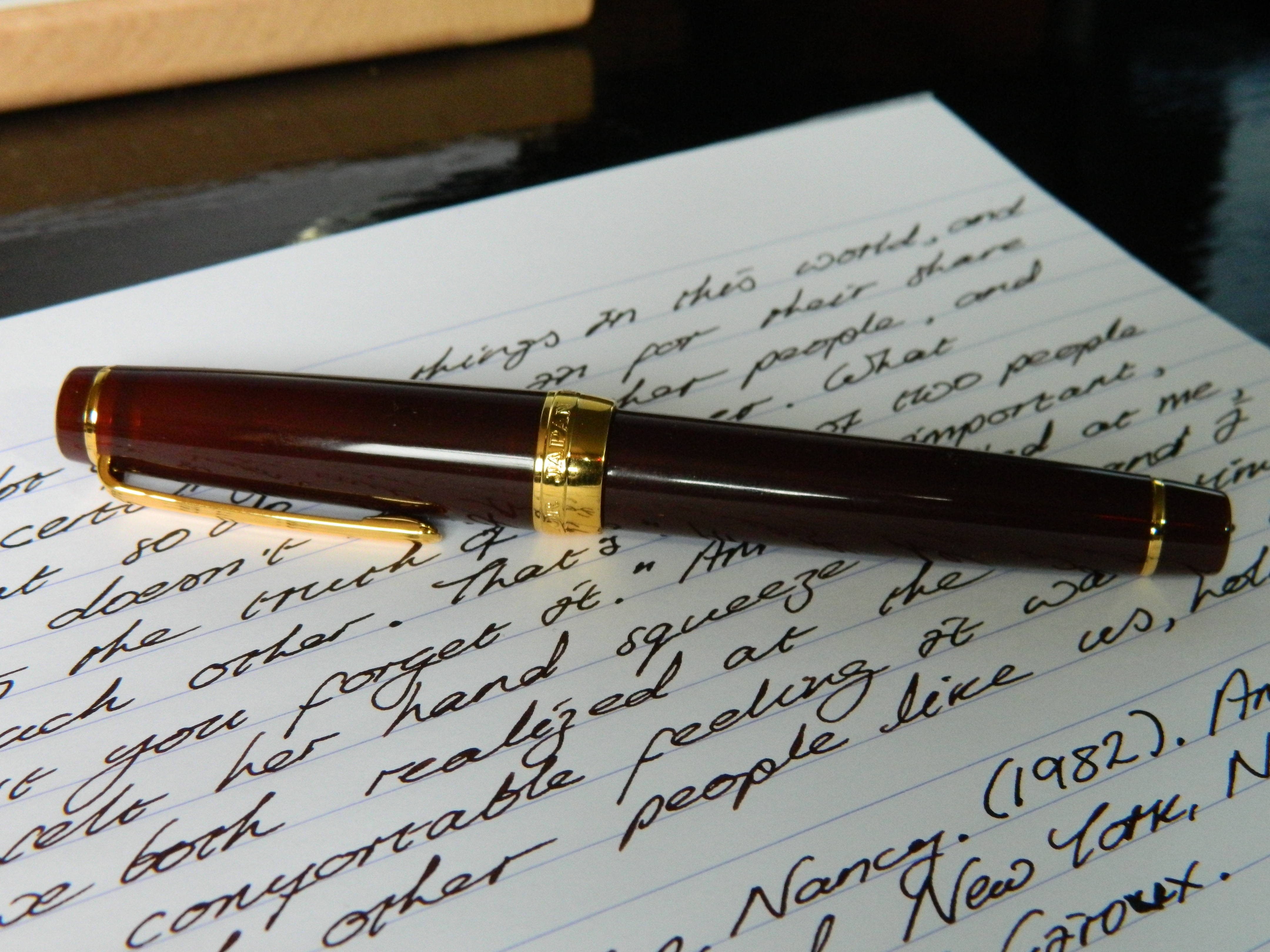 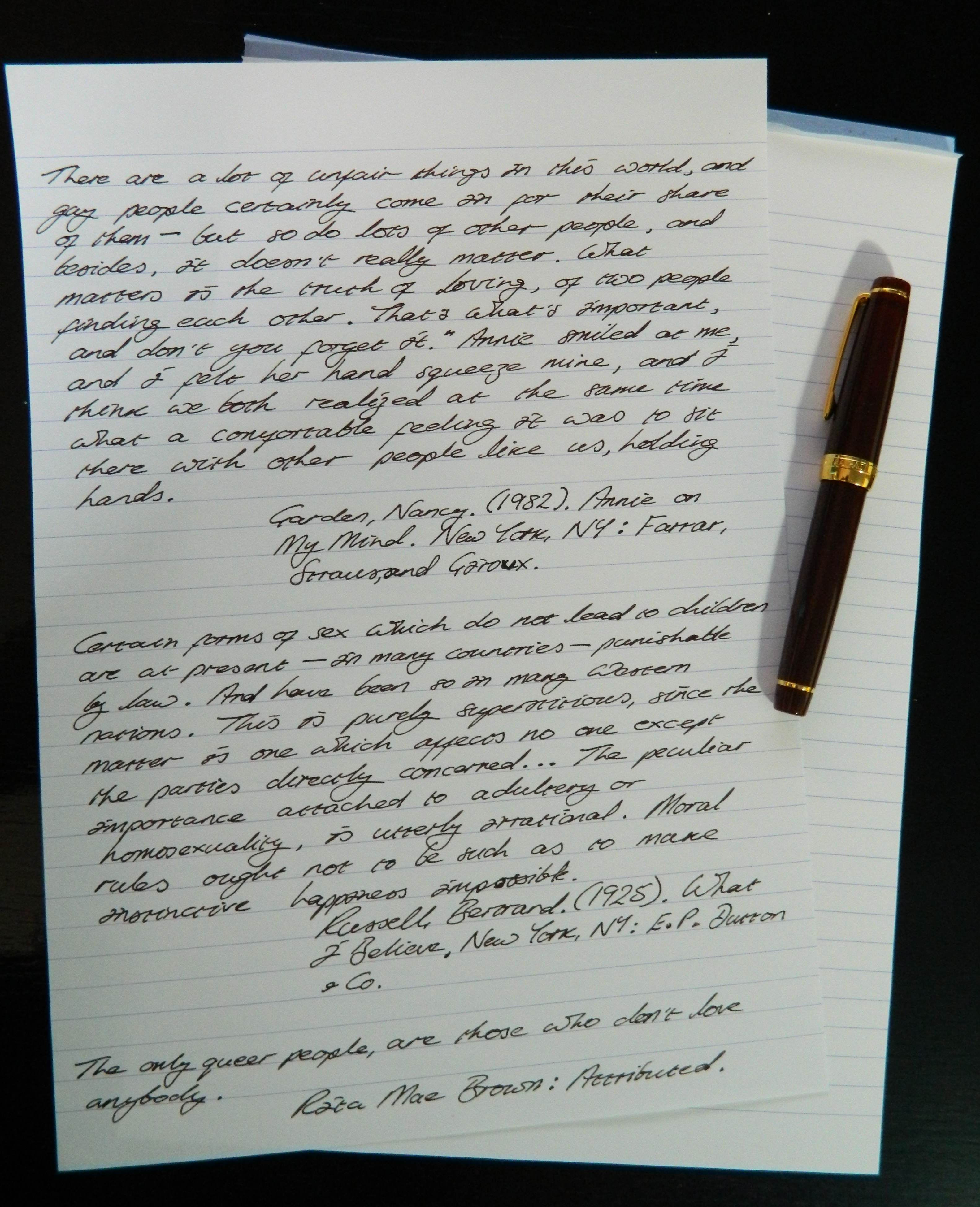 The increase in size over the smaller Sapporo (although not much) is just what was needed to make the pen sit more comfortably in my hand. 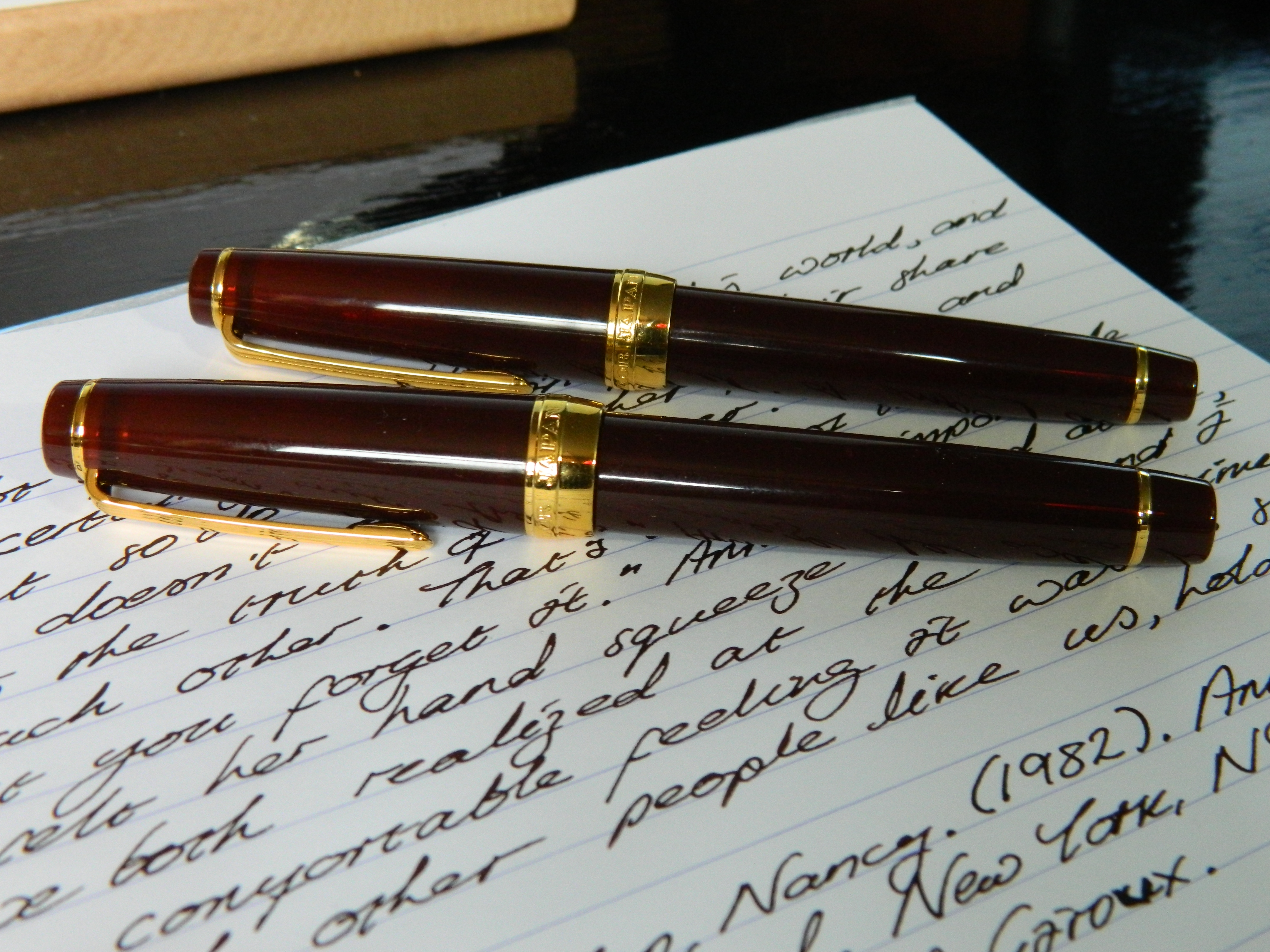 I prefer to write unposted, and as you can see, there’s only around 5mm difference in the length of the pens without their caps. It’s not much, but coupled with the extra (>5mm) girth of the pen, it makes it much easier for me to handle without it slipping through my grip. 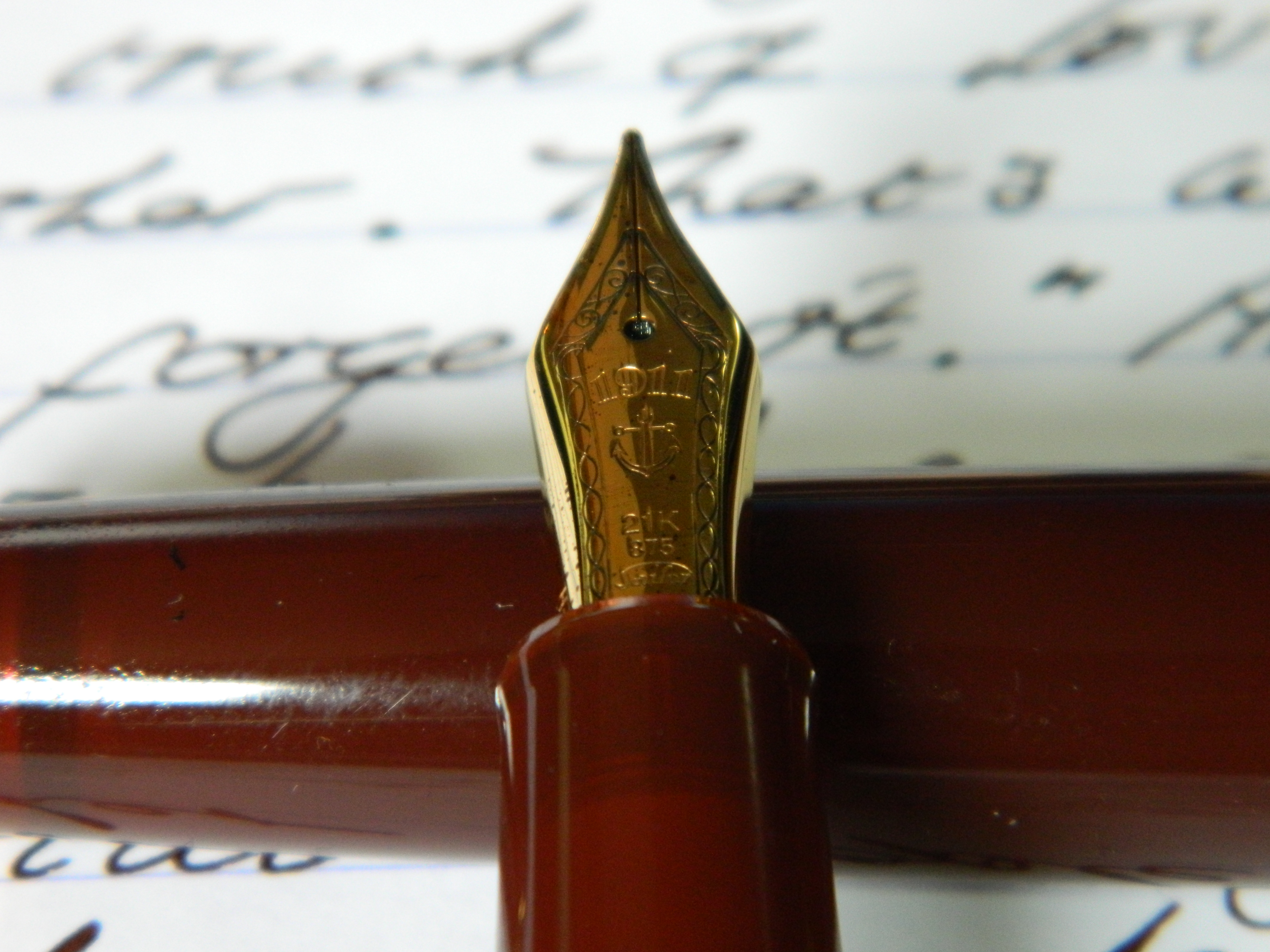 If I thought the 14K gold nib on the smaller Sapporo was nice, the 21K nib on the Pro Gear SE Earth (let’s call it the Classic for the sake of clarity shall we?), is as near to perfection as I think I am ever likely to experience. Although I am waiting on a Sailor 1911L with a 21K nib, currently being worked on by Mike Masuyama, and a 14K Lamy 2000 that’s with Daniel Smith, so who knows? But right now, this is as near to the performance of what I would consider my grail pen, as I can imagine. The nib is as smooth as butter, with just a hint of feedback to let you know that it’s in contact with the paper. 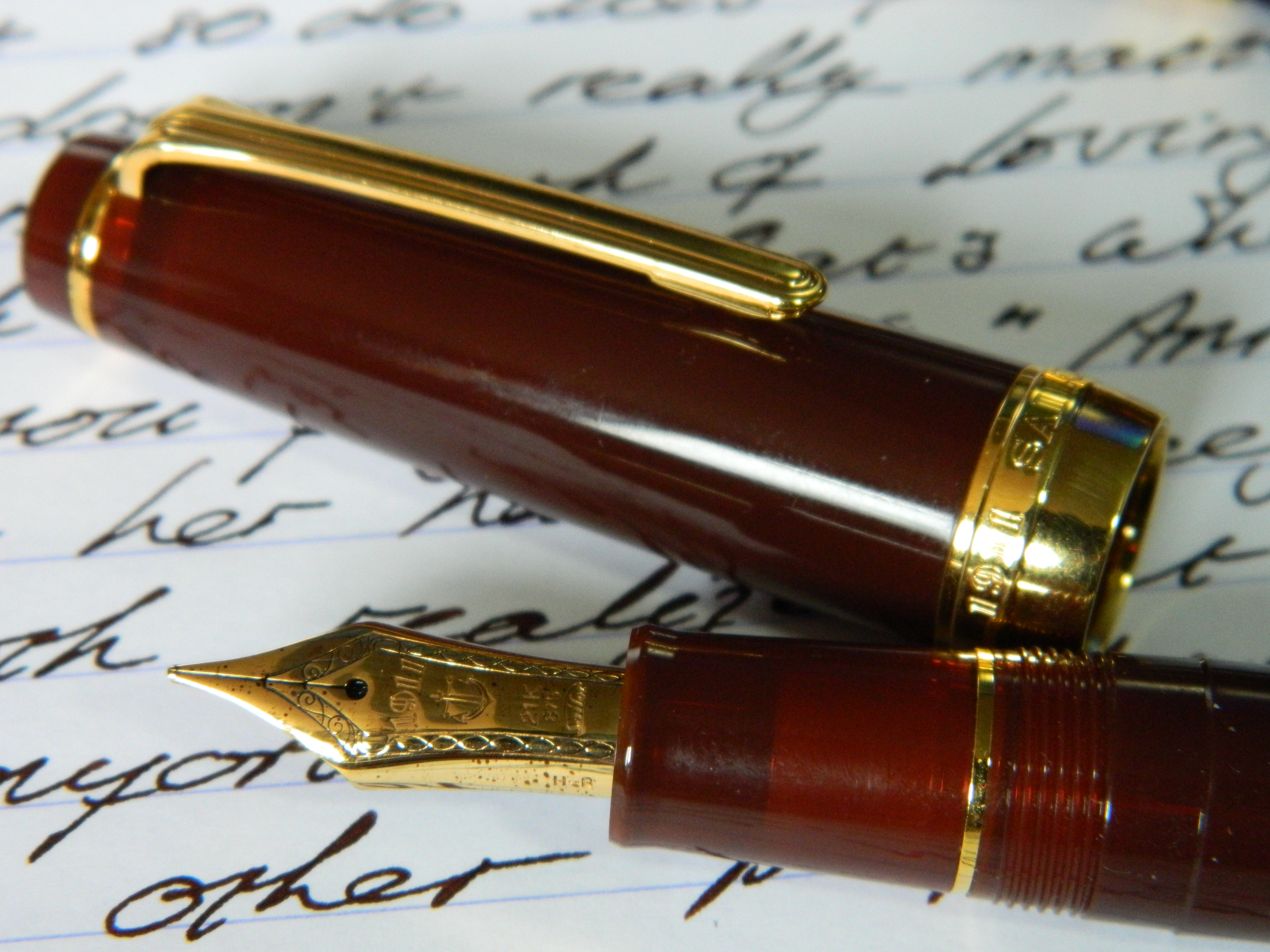 I opted for Sailor’s broad nib once again, because these come up at about what I am used to as a medium. Also, if I find that I do want some work done on these nibs, then I imagine (you’d have to ask Mike or Daniel—see above—for confirmation), that turning a broad into say, a medium stub, would be pretty achievable for someone of a nibmeister’s skillset.

I filled the pen with Diamine Chocolate Brown ink. This has a great, deep, rich tone, and runs very wet in any pen I’ve tried it in; the paper is a Clairefontaine Triomphe, 90gsm, lined, white, A4 notepad.

My photography and lighting doesn’t do it justice, so I didn’t bother putting the pictures up here, but I think that the best combination for this pen and the ink, is using 52gsm cream Tomoe River paper.

A full review of just how attractive this pen is, isn’t really necessary here, since it’s basically a bigger version of the Sapporo; but still, it is absolutely gorgeous. 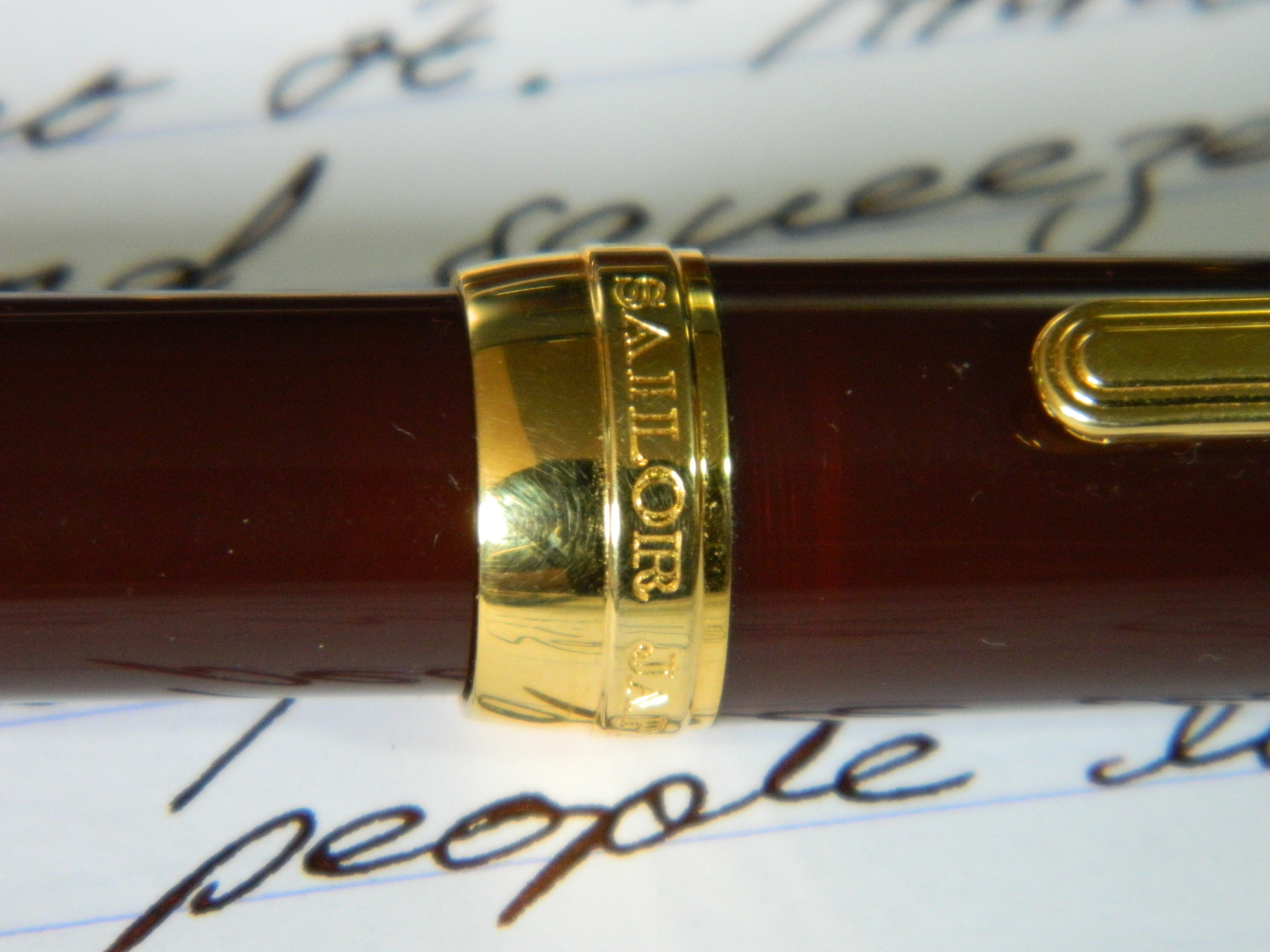 If this pen were a Classic Malt Scotch Whisky, it would be Lagavulin. Not as expensive as some, but not bloody cheap all the same; a beautiful color; an earthy finish; and a glorious experience when you’re on the receiving end. 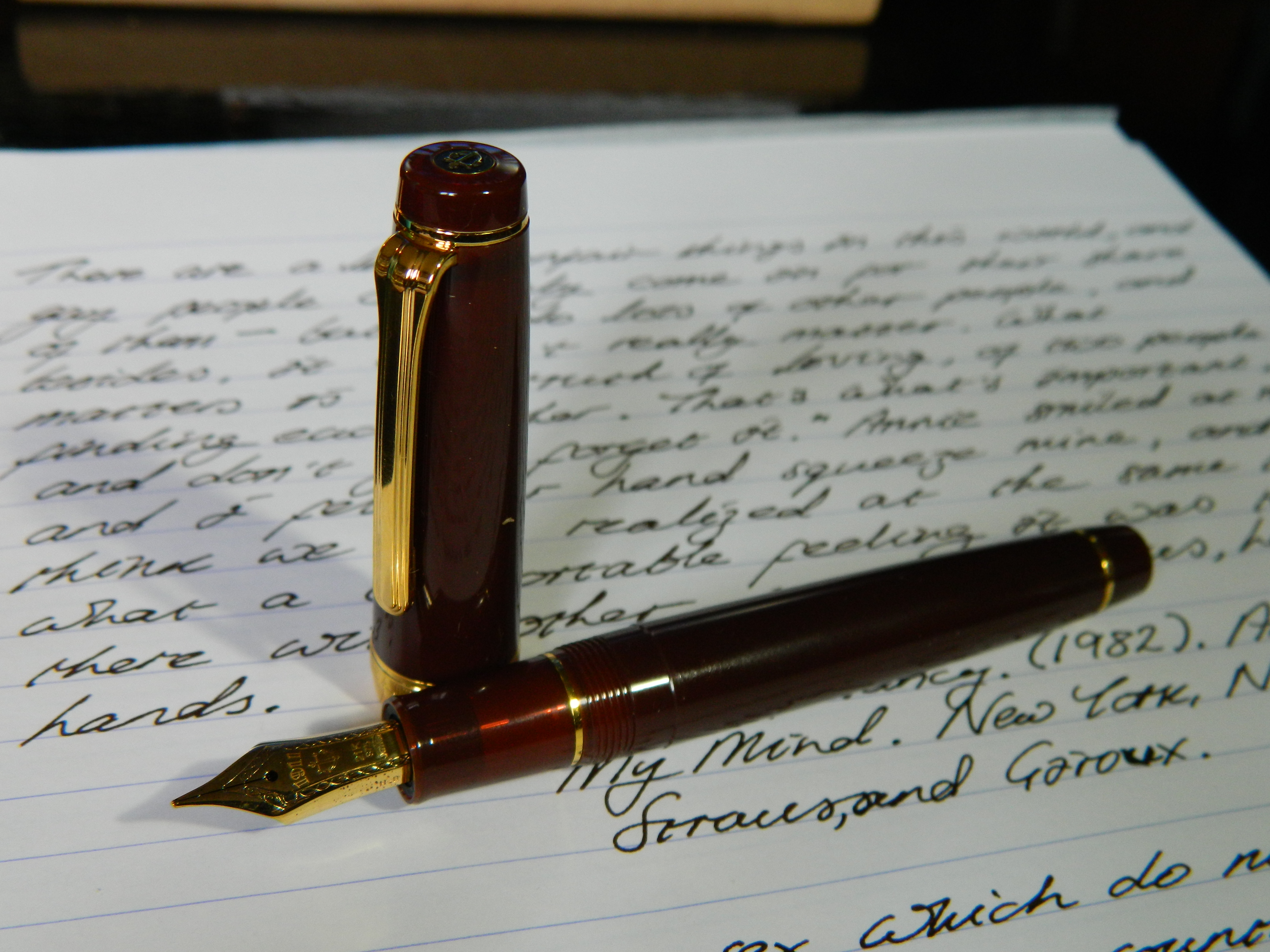 I may never need another fountain pen again…

… in the same way as I may never need another whisky.