A few years back, I took a creative writing course at the start of my PhD. I’ve always enjoyed writing, and the prof’ running it that year, was generally thought of as a great person to study with, so I grabbed the opportunity… and loved it.

What follows, was one of the tasks we were given near the beginning of the course. It was first published (in a much abbreviated form) on my sister blog, the academia-focused Talk Curriculum, on March 31st 2015, and this version has been extensively re-written for inclusion on this site…

An unpleasant often strong emotion caused by anticipation or awareness of danger; an instance of this emotion, a state marked by this emotion

Anxious concern; reason for alarm; agitation in the presence or anticipation of danger

When I was a young man, single, with the responsibilities of a young, single man, I didn’t think very much about how some of the things I did might worry the people that loved me. I did them because I enjoyed doing them. As an older man, I look back on some of those things, and I think selfish. But I still had a lot of fun. Nowadays, I have children and a wife, I don’t do dangerous stuff any more, and I constantly worry the Hell out of my kids about doing it too. 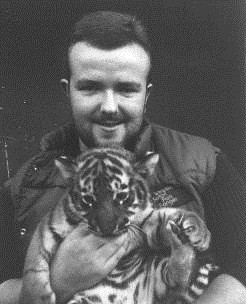 In the mid to late 1980s, I worked as a ranger/warden for what might have been the largest safari park, and zoological collection in Europe. And was certainly one of the leading leisure attractions in the United Kingdom. I was based on the lion, tiger, and bear reserves (with a few cheetahs, wolves and Hamadryas baboons added to the mix). It was a haphazard career, with plenty of scope for mishap and adventure… even without plucking a lion-keeper from his comfort zone, and putting him in a killer-whale pool.

Fear was the day I was asked to drive up to the dolphinarium, and help with something involving Annie the killer-whale. When I got there, I knew I was in trouble. Annie was about to have some blood samples taken, and a routine veterinary investigation, and the dolphinarium were short on staff. They needed a few people to get in the pool with Annie, and kind of hold her fins and tail. I didn’t really get what I was supposed to be doing it for; if Annie wanted to move, there was no amount of human handling going to stop 6000lbs of killer whale. And besides, the fear of the water was already pounding in my ears. I couldn’t swim, and I was scared witless of getting in the water and drowning. A pet fear of mine for many years and reasons. 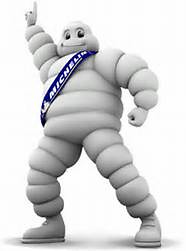 But I was a lion-keeper. Young, macho, I worked with lions, tigers, bears, and guns. Fear was a foreign word. Terror, I was pretty familiar with, but fear? Nah. Like a complete idiot, I said nothing about not being able to swim, or my fears, and managed—with a great deal of help—to put on a wetsuit that was way too small for my overweight frame. I looked like a kind of hyperventilating, blue Michelin Man.

The pool was deep, and I hated not being able to stand, but I lowered myself in over the side, and held on to one of Annie’s dorsal fins with one hand, and the pool wall with the other. I figured I could hold her, then just turn around drag myself back out when needed. I was completely clueless.

It started out OK. The water was bloody cold, and the feeling of it creeping up the inside of the wetsuit made me want to pee, but I got on with the job. The vet’ was there giving orders, and I just about made myself look useful. We were about fifteen minutes into the job when I thought something wasn’t quite right.

I realized that I was pushed up against the wall of the pool pretty tight. There was nobody else on my side of the whale, and she was big. A wall of black, fishy smelling, wet hide in front of my eyes. And there I was, holding onto her fin and wedged against a gently curving, yet utterly unforgiving wall of cold stone. Suddenly it dawned on me that I was lower in the water than I had been at the start of the exercise, and I thought I was getting lower.

Yes, definitely getting lower. Annie was holding me against the wall, and sinking, slowly taking me with her. By the time I figured out what was happening, the agitated pool water was lapping around my mouth and I was going down quite quickly. Real fear set in and I tried to call for help, but my mouth filled with water. I could see the others by the side of the pool, they knew something was wrong, and were moving around hurriedly, but couldn’t do anything to help; I was stuck tight. Annie was immovable, a mountain of black and white.

I’ve never told anybody that before.

But she was too big to reach me without moving out away from the wall. As she moved, Donald Turner the vet’, the TV vet’ that everyone laughed at because he was such an ego-case on the TV, pulled me out. I was a big guy myself, but he was bigger. His hands grabbed me by the hair, and under one arm, and he just hauled me right out of the water in one go. I was rolled away from the poolside, coughing and spitting water, and I knelt there shaking whilst Annie pushed away, and the other guys were clearing out of the pool—in a hurry. I could hear shouting, and I tried to get up to help get the others to safety, but I think I only managed to make it to my hands and knees.

And I never laughed at that vet’ again.

As an older man, a husband and father, fear is the nightmare I wake from, heart pounding, as some nameless terror takes away one of my children, or my wife. A plane crash, a car accident, gun crime, kidnapping, terrorism… the nightmare has been all of these. Usually after an episode of Criminal Minds or some other TV drama. Fear is being helpless in the face of a threat to those I love. Fear is helplessness and impotence in the face of what you can’t change.

But every now and then, I still dream of Annie.