Over the last week or so, I have read a number of fountain pen blog entries which begin with something akin to, “I usually try and stay in my lane…” or “I try to stay apolitical…”. Well, here at Writing for Pain and Pleasure, I’ve never really had a lane as such, and I’ve never really been appropriate. Here you can find posts about me climbing into a pool with a moody killer whale when I couldn’t swim, and anti-fascist poetry, as well as fountain pen reviews. What can I say? The blog’s about writing. This post will not be about fountain pens, but I will try and take a different approach to other bloggers out there on the interwebs. Maybe that will work, maybe it won’t, you be the judge.

A Not So Secret Secret.

I’m going to let you into a secret that most reputable biologists have not really been keeping to themselves.

… there is absolutely nothing in the genetic material of any human being that may identify them as any given racial category. There is no such thing as a black gene, or white gene, or any other single gene for so-called racial traits, or combination thereof, which even lends credence to the existence of such classifications. (Godden, 2020). 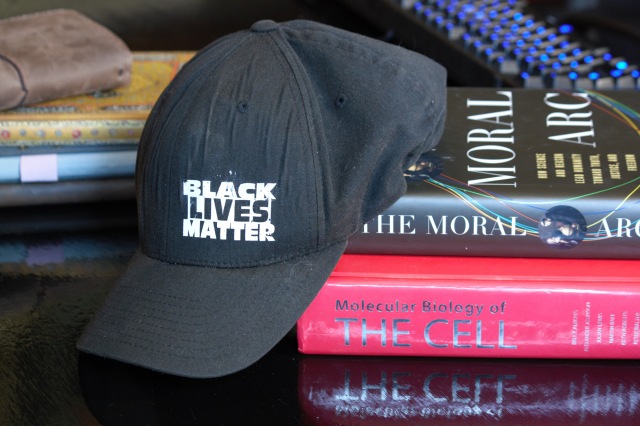 But the undeniable fact that race is a flawed, anthropogenic construct, doesn’t mean that there isn’t racism—an ignorant prejudice based on skin color and culture. As a fat, privileged, Caucasian male, who has never known true financial hardship or prejudice, I can say that I am as much of a racist as the next individual in my socio-economic group. There, obligatory confession over with. What I don’t do however, is murder people in the streets because I think their skin color makes them somehow less of a citizen than myself. Or because I think I can get away with it. No, it mostly takes ignorance and wickedness with a badge to do that. But I am 100% guilty of not doing enough about it, even though I’ve known—we’ve all known—that it’s been going on since before I was born (The Washington Post, 2020—Online database of fatal police shootings since 2015).

And it’s worth mentioning here, that whilst The Washington Post estimates more than 5,000 people (of any skin color) have been shot to death by US police since 2015, that is only (only—typing that word in this context made my stomach churn), those that have been shot. The killing of George Floyd by Minneapolis police officer Derek Chauvin on May 25 2020 would not even be recorded in the database.

And for those of you who cry, “All lives matter!” Yes they do, and that is why Black Lives Matter, and today’s anger is because they have been ignored for so long.

When a person whose skin color happens to be a dark shade of brown—or any other color you can imagine—is murdered on the streets of any country in the world, we are all lessened by that crime. The life of a member of the human race has been criminally taken by someone who has demonstrated that they are much less of a human being than the victim. One of my brothers or sisters, one of your brothers or sisters—because you can trace us all back to our common ancestors (Gibbons, 2017; Rosenberg, Pritchard, Weber, Cann, Kidd, Zhivotovsky, and Feldman, 2002; Wagner, et al., 2016)—has been killed. We should all be outraged, we should all have been being outraged for a very long time now.

[T]he activities associated with the governance of a country or area, especially the debate between parties having power. (Merriam-Webster, 2020)

And yet it is about the governance of a country, and it must be. Especially when it is embodied and empowered by political leaders. Electing racists like Trump, or voting on the basis of racist policies such as the United Kingdom’s recent exit from the European Union, empowers usually hidden racist attitudes (Booth, 2019; Dearden, 2018). And when those hidden—or not so hidden—racist tendencies are present in those with a level of power, or worse, armed with a badge and a gun, the results are beyond tragic, and human lives are lost.

Don’t talk to me about staying in my lane. If a lot of us privileged Caucasians are angry now, why weren’t we driven to action when the last innocent black life was taken? Or the one before that? Or the one before that… ad infinitum? Instead, in Canada, the United Kingdom, and the United States, we have all elected privileged, racist Caucasian males to positions of power:

What a relief it must be for Blair to get out of England. It is said that the Queen has come to love the Commonwealth, partly because it supplies her with regular cheering crowds of flag-waving piccaninnies… They say he is shortly off to the Congo. No doubt the AK47s will fall silent, and the pangas will stop their hacking of human flesh, and the tribal warriors will all break out in watermelon smiles to see the big white chief touch down in his big white British taxpayer-funded bird. (Johnson, 2002).

In the United States of America, a country which makes much of its standards of life, liberty and freedom, African Americans are 2.5 times more likely to be killed by their own police services than white people. Black women are 1.4 times more likely:

For young men of color, police use of force is among the leading causes of death. For any of you reading this whose tax money has gone toward the para-militarization of police forces across the country, think of that the next time you are called upon to exercise your democratic rights.

Without doubt, a similar state exists in Canada, and my original home of the United Kingdom. I grew up in the UK with many non-white friends. In my pre-teens I became all too aware of the racism inherent in the Metropolitan Police Force of London, which—by the accounts of its own colored officers—is still a major problem (Muir, 2013). My tax money has blood on it too. The United States is not alone, and anyone of good conscience should be standing with US protestors, and saying, “No more, not in my name.”

I have covered this before in this blog…

But what else can you do in the face of such inhumanity? We can begin by recognizing that there are issues at stake that are greater than partisan politics, and greater than the dollar or the pound in our pockets. When we vote, with criminally inhumane, far-right candidates in danger of achieving positions of power—Johnson in the UK, Scheer in Canada, and the vicious misogynist in the US—we need to realize that our votes can cost lives as well as livelihoods. 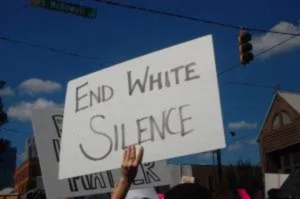 Elections have consequences, and voting for the kind of inhumane, greedy animals, that embolden the ignorant racists on the ground to take human lives when they will, is both our current political state, and an issue far, far above politics at the same time. Our votes, no matter where we live, can cost lives.

On this blog, I have a voice—a very small one to be sure—and it will be used, despite the complaints I have had in the past:

That will be quite enough. The fountain pen community gets along quite well without involving politics and religion. I strongly recommend that you do the same.

Really? I don’t think so; take a look at some of the better blogs in this community over the last week or so, and you’ll see a lot of justifiably outraged people out there. People who are saying, “No more, not in my name.” Let’s hope it sticks, let’s hope outrage becomes something positive and lasting. Vote in November, vote in numbers too great for the current corruption of the White House to falsify. Vote because elections have consequences, and votes can save lives.

In closing, I’d like to list some names, 121 fellow human beings who have payed the ultimate price to wake the rest of us up. It’s not a full and complete list—although, sadly, it was all too easy to put together—the human tragedy is that a complete list would be so long, and clouded in so many lies and vile complicity, that it would not be possible to compile. We should say their names with respect and compassion because…

… we are all human beings, deserving of compassion, respect, and justice.

Godden, P. (2020, Jun 7). Is there any such thing as race? The musings of a 50-something Caucasian science educator. [Web log post] Talk Curriculum. Retrieved from: https://talkcurriculum.wordpress.com/2020/06/07/is-there-any-such-thing-as-race-the-musings-of-a-50-something-caucasian-science-educator/

Johnson, B. (2002, January 10). If Blair’s so good at running the Congo, let him stay there. The Telegraph. Retrieved from: https://www.telegraph.co.uk/comment/personal-view/3571742/If-Blairs-so-good-at-running-the-Congo-let-him-stay-there.html