In episode 331 of The Pen Addict podcast, Brad Dowdy said he wanted Toronto to be freezing. In response, Ana Reinert of the Well-Appointed Desk wisely advised him to shush his mouth. Unfortunately, the damage was done, and at 6:00am I was clearing the first snow-fall in our patch of Ontario from my car, before the three-and-half-hour jaunt down the highway to this year’s Scriptus, at the Toronto Reference Library.

Fortunately, most of the rest of the trip was pretty clear, and I parked near the venue about half an hour before the 10:00am opening. A quick visit to the nearest Starbuck’s for a large black Americano revealed the trio of addicts who have made fountain pens cool again (well, almost); Myke, Brad, and Ana tucked against a sidewall. I just had to say something quickly to the delightful Ms. Reinert while I had the chance—a brief but sincere thank you for a comment she had made in the past—but didn’t want to bother everybody while they were having a quiet coffee… Brad, Myke & Ana, if you read this, sorry for disturbing your morning quiet time people!

Then on to the venue… 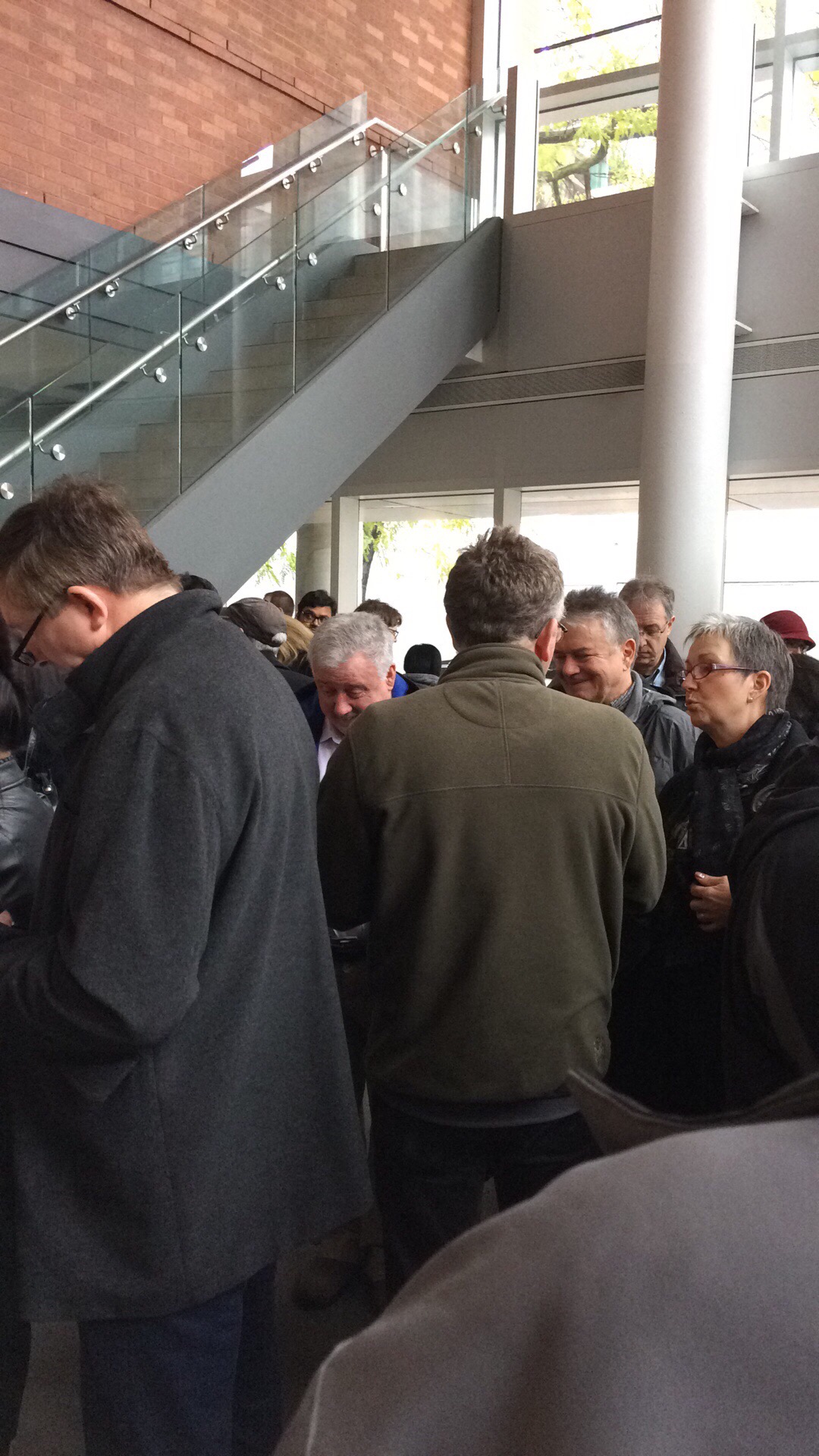 Another quick note to anybody attending their first pen show, anywhere: go early.

There are two things that will disappear seriously rapidly (1) any limited edition show merchandise (like inks for example), and (2) time-slots with the better nibmeisters that might be at the show.

Go early to make sure you get either.

And if I thought that there were a lot of people in the foyer, then by the time the doors opened and we had all gotten into the show proper… well, let’s just say they must have been breeding on the stairs.

I was there from when the doors opened until about 1:00pm, and it just seemed to get busier all the time. 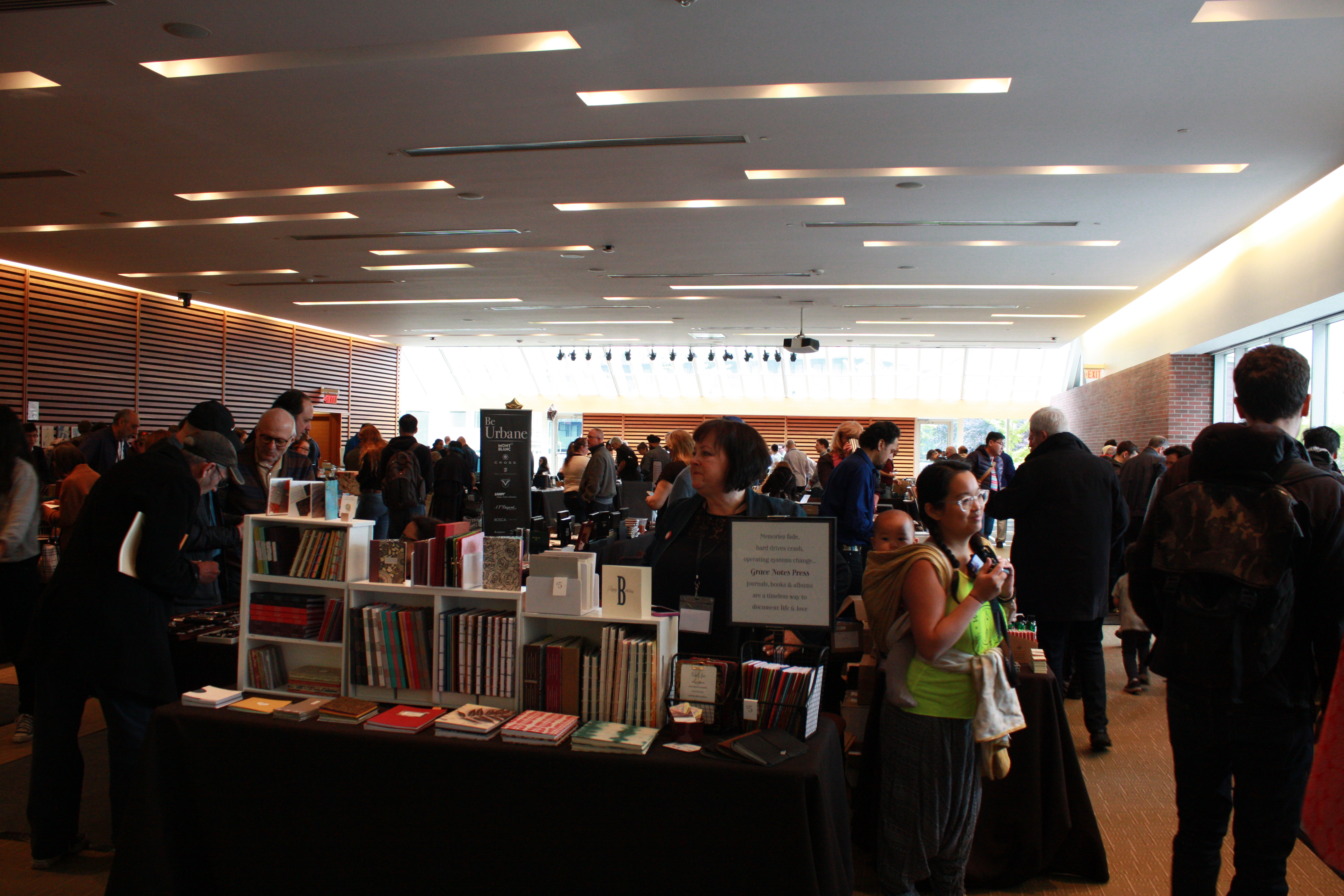 Wonder-person Liz Chan, and mini-Wonder, Naomi (bottom right of picture above) were constantly hard at work, along with the rest of the Wonder Pens team; masterfully supported by the Pen Addict trio. I could  have tried for a good picture of the Pen Addict guys, hard at work behind the Wonder Pens tables. But honestly, they were just so busy, and there was a constant sea of people surrounding them, which made taking pictures seem like a bit of a nuisance really.

I could also have pestered Ana I suppose, but I already seemed a bit like a fat, fifty-something, stalker, so I opted not to… on the basis that I didn’t want my first Scriptus to end up in a prison cell—maybe next time.

Anyway, there were pens… 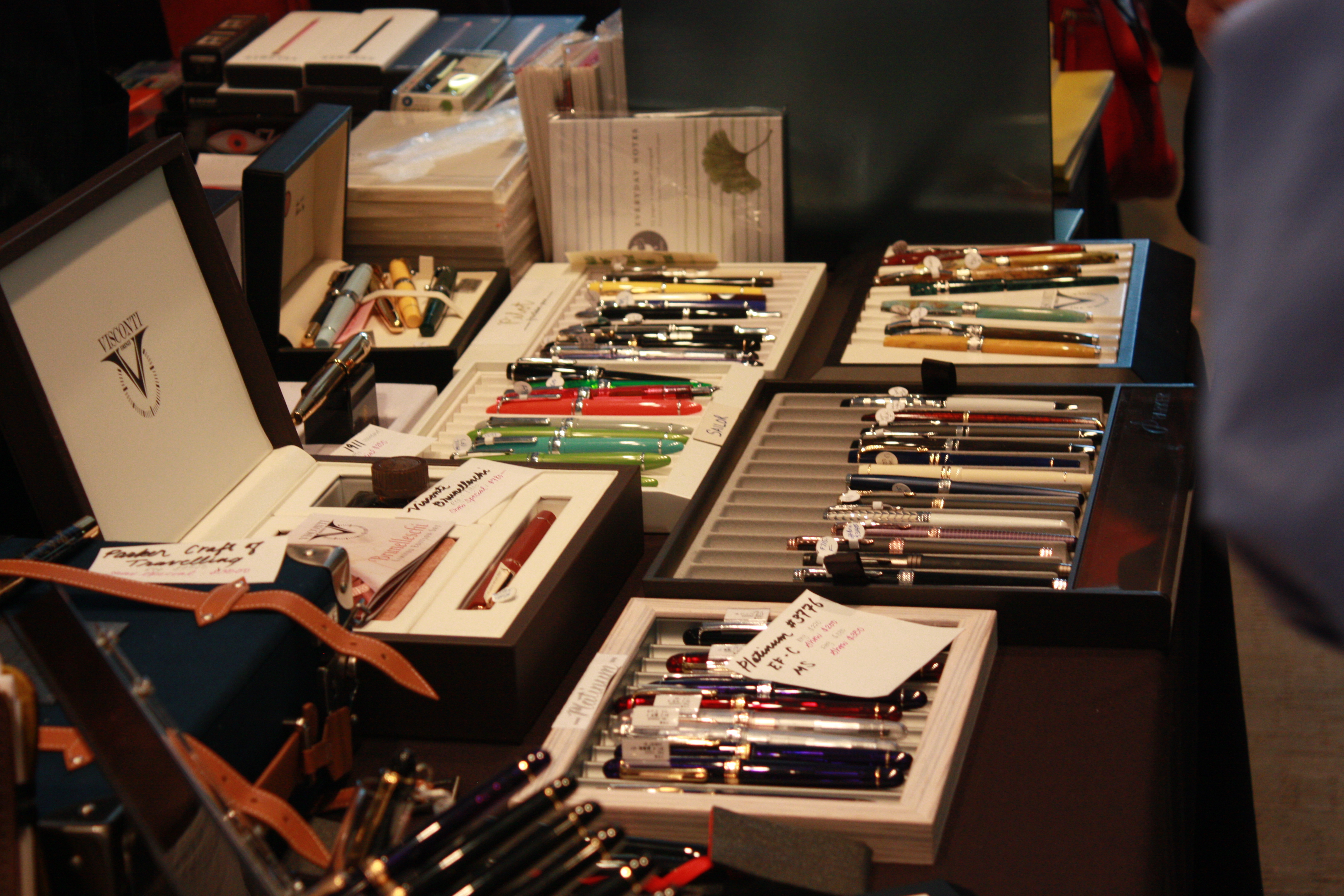 Many at far in excess of my budget (not difficult), and many that weren’t… far, far, far too many… 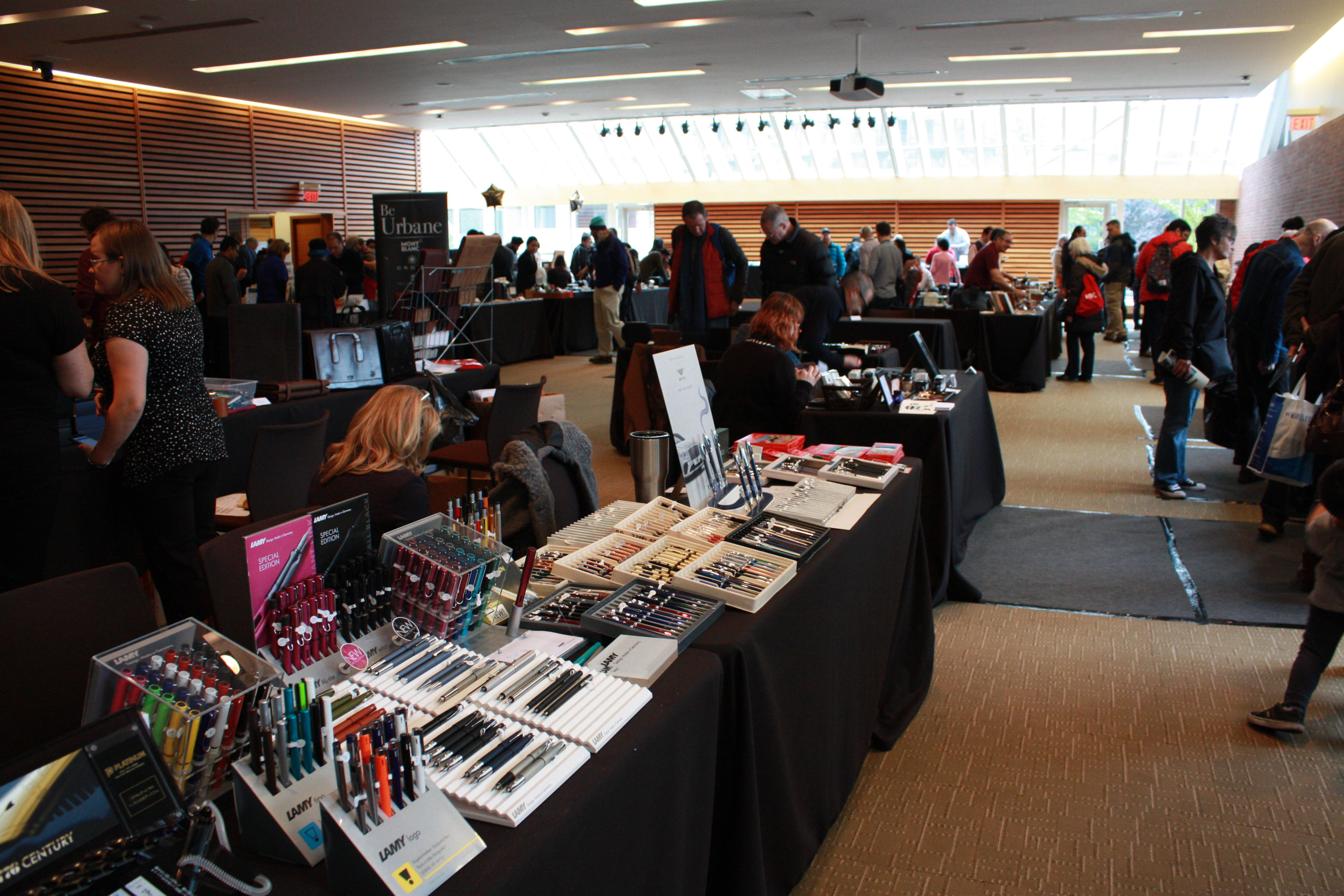 And not just pens (although, it was a pen show). One of the first tables that really caught my eye, was populated by some extremely affordable display cases and pen stands… 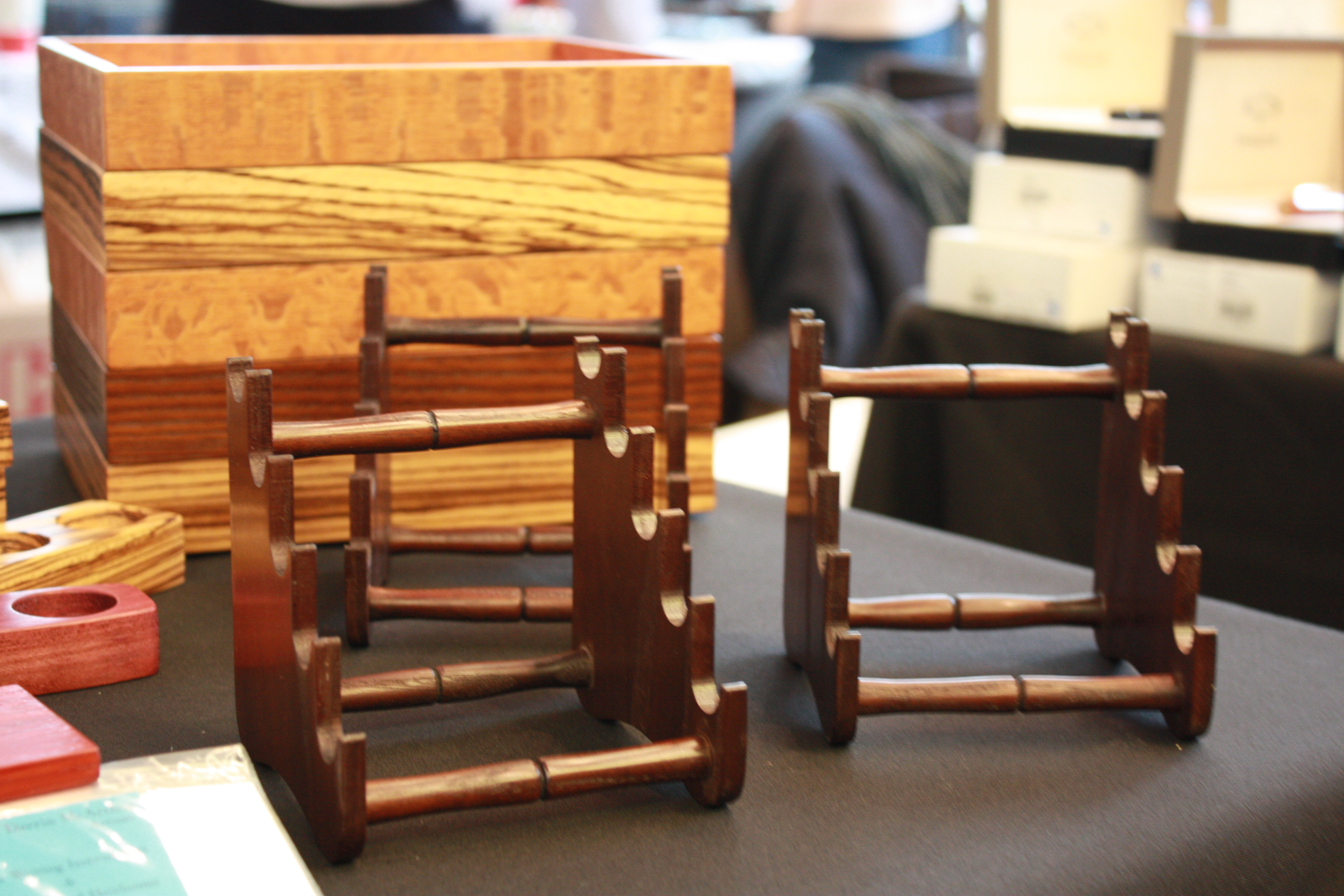 These were made by a local craftsman called Darrin McArthur. He happens to be based in a town just a few miles away from where I had started the days’ journey, so I shall probably be paying some closer attention to his work in the future. I can tell you, these pieces really are as nice as they look. Check his work out for yourselves on his website and on social media at www.timberelegance.ca, Facebook, and Instagram. 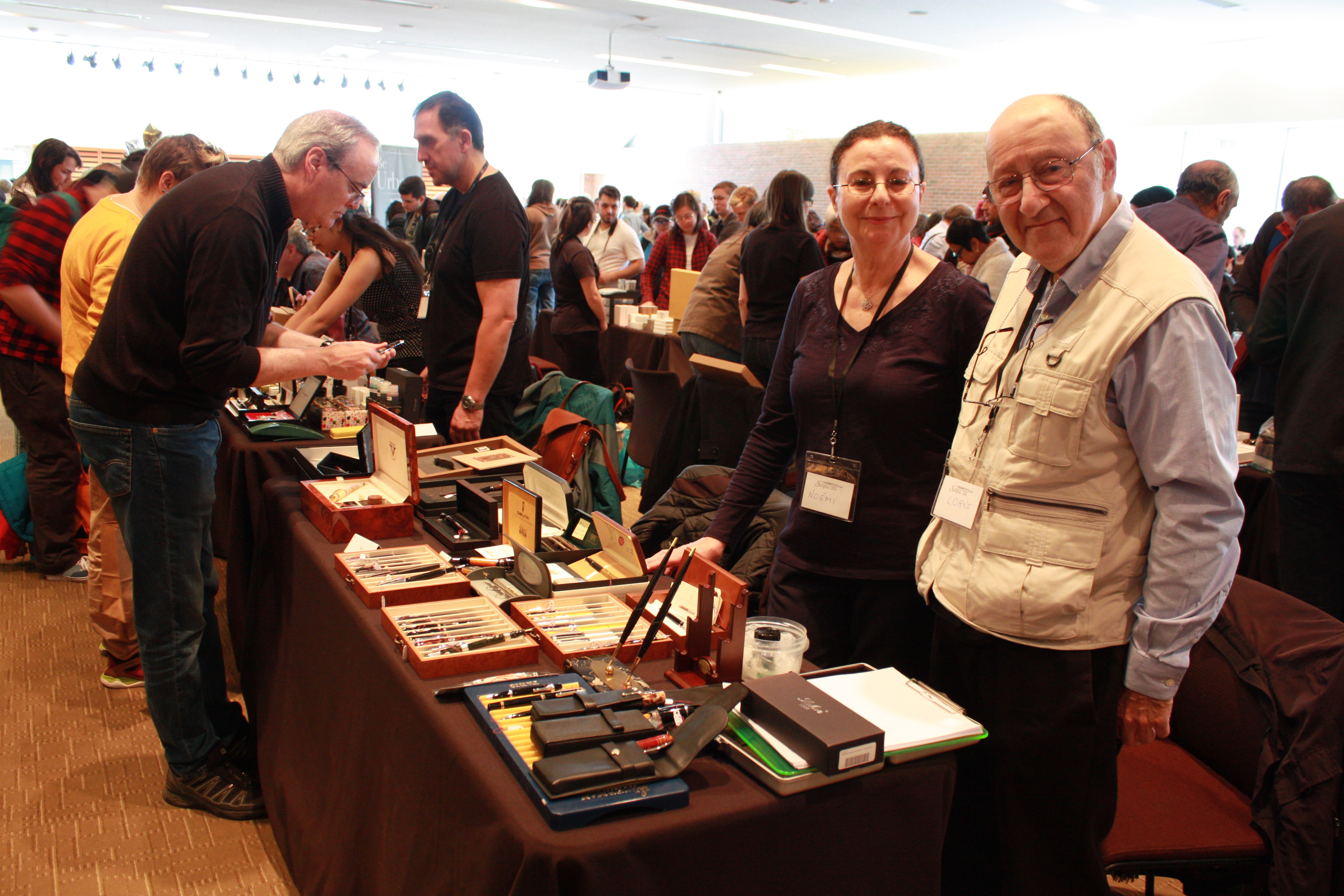 Eventually, I succumbed to the ineviatble from the tables of a private, Toronto-based collector. This was the thoroughly fascinating Dr. Lorne Shirinian, and his lovely partner Noémi Shirinian (more on that at a later date). 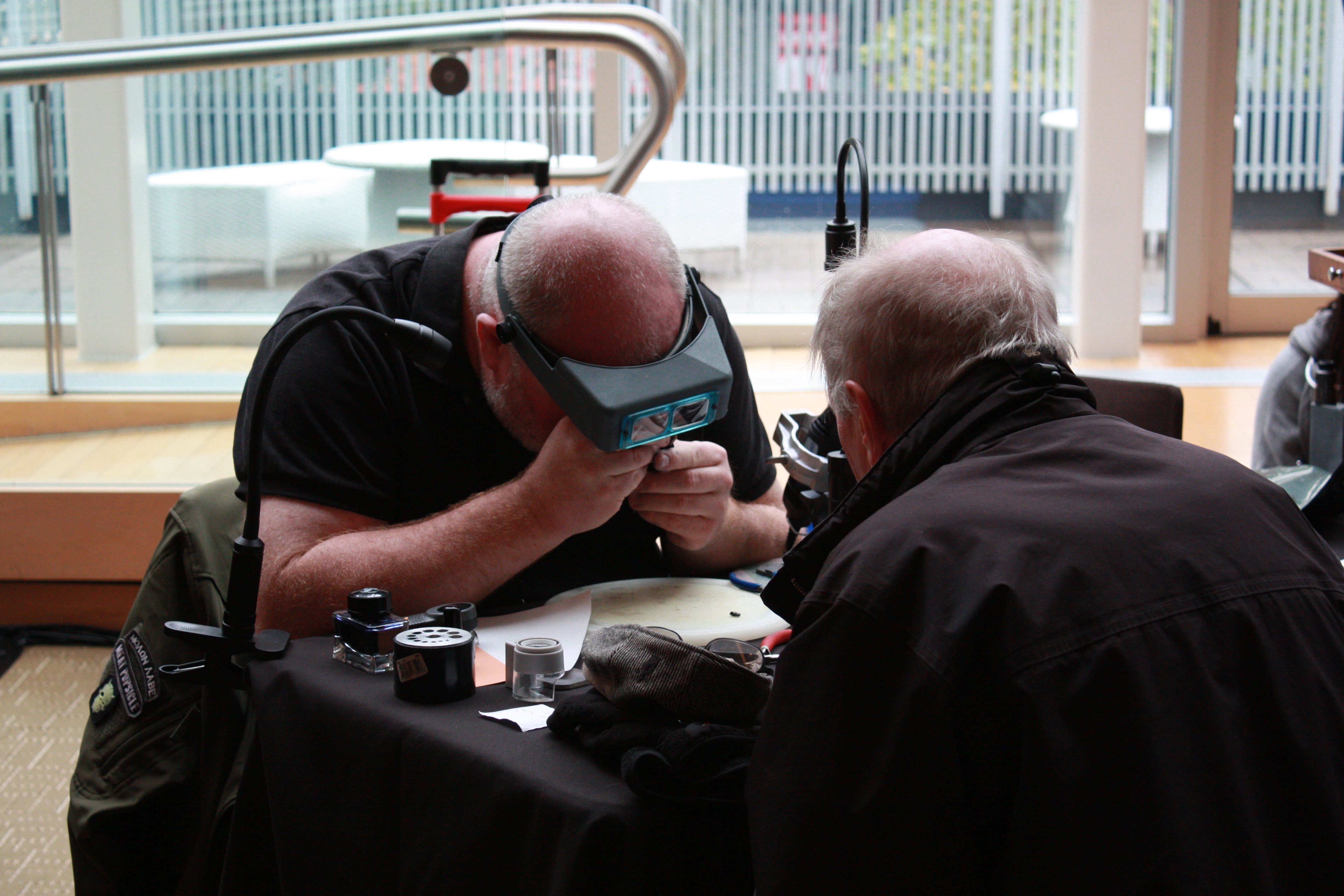 There were at least two nibmeisters at the show, and if the number of customers they had was any testament to their skills—I chickened out of having a broad Sailor Pro Gear Special Edition Earth turned into a medium stub—then they were doing great work indeed. I didn’t see anybody walk away without a smile.

For my first Scriptus, it was great fun—talking to like-minded folks, putting faces to names I have previously only spoken to via e-mail, or even heard on a podcast. I learned that I should always go to these things early, that a smaller camera would be handy, and that even if it’s freezing outside, several thousand people in one hall make it hot and clammy pretty quick. And I even managed to avoid arrest for stalking an internet celebrity, so I suppose that’s a bonus.

Lastly, as I said, I may have left carrying a heavier bag than I arrived with… but I’ll discuss my show haul at a later date… 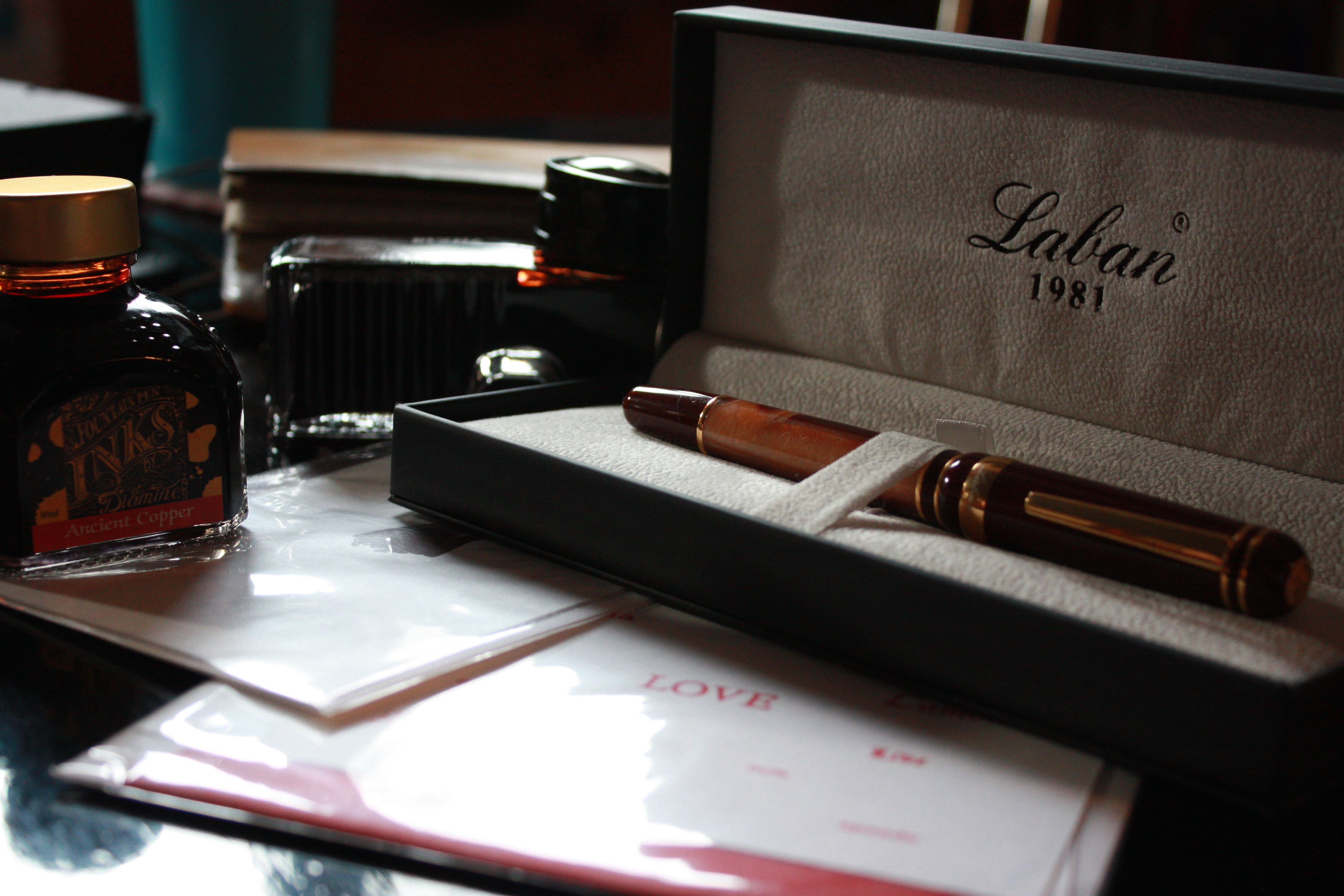